It may have been a fair bit later than anyone expected, but last night the Formula 500 Association of WA held its 2019/20 Awards night!

A good crowd of Formula 500 drivers, families and officials attended the Cockburn Powerboat venue to celebrate the season that was, with the focus now shifting onto the upcoming season which is sure to be bigger and better than ever.

First up was acknowledgement of the Perth Motorplex Track Championship winners: twenty-four drivers competed in at least one of the five and a half rounds that were completed at the Perth Motorplex. Congratulations to our top three of Jamie Nardini in third, Glenn Carstairs in second and Chris Dymock who claimed his second Perth MotoplexTrack Championship. Dymock has actually become the fifth driver to claim the Formula 500 Track Championship twice, joining Andrew Priolo, Tom Hooper, Marshall McDiarmid and his own father Wayne Dymock and will be looking to go one better than his rivals again next season.

The first official award of the night was the Hard Luck Award, which was awarded to Ryan Barrowcliffe who despite his best efforts, just wasn’t able to find that four leaf clover on any given night.

The WA Title and Stan McEntee Shield was up next, with Steven Ellement, who claimed his fourth Title at Geraldton this season, receiving official acknowledgement. Interesting to note is that Ellement is now the second most winning driver in WA Title history, with Johnny Andersson still leading with six wins, three seconds and five thirds, but Ellement now has four wins, four seconds and one third across twelve years…one podium spot better than both Bill Broadwood and Matt Brown who also each have four wins, but three seconds and one third!

Veteran driver Bill Richards was next to come to the front as he was acknowledged by the club for being inducted into the Speedway Australia Hall of Fame earlier last season. Bill started racing back in 1956 and has competed at forty four national titles and fifty five WA Titles, not to mention numerous other achievements across his career. Bill received a beautiful work of art commissioned by Jamie Nardini and he was speechless with his frame, quipping that it would be going on the wall right by his front door!

A new Award was presented next, with the inaugural Des Pope Award being presented to Dave Hedington. This award has been created to acknowledge the efforts of an individual that gives back to Formula 500’s WA, with Dave the perfect recipient in acknowledgement of all his years of dedication to our sport.

Tegan Turacchio and Scott Beattie were then acknowledged with contribution awards from President Chris Dymock.

After a short break, Steven Ellement was presented with the Drivers Driver Award, one that came down to just one solitary vote, but one that Ellement was proud to receive. Chris Dymock then returned to the podium to claim the Triple Crown Award, another new trophy that recognises the highest point scorer over the three main parts of the season, those being the Perth Motorplex Track Championship, the West Coast Series and the WA Title event.

Our Junior drivers were next to take the stage, with Makayla Noakes receiving the Hard Luck Award, Declan Minchin the Graduation with Honours trophy, Nash Waldron the Graduation with Distinction Award and Flynn Roser the Outstanding Performance trophy. All Junior drivers spoke professionally on the microphone and although plans all vary for next season, are all excited about what lays ahead.

Craig Noakes was then acknowledged with the Junior Appreciation Award for all his effort behind the scenes in securing sponsors for the Juniors and helping get as many as possible out on track.

Next up was the Fuel Distributors of WA West Coast Seriestop ten awards. Thirty four drivers competed in the six rounds of the series, which unfortunately was cut short after Covid cancelled the final few rounds. Chris Dymock did enough to once again claim the overall series and will hope to do the same again next year while George Eaton, who led much of the series but ultimately finished second, announced that he would be going Sprintcar racing next season but thanked all those that had supported him in Formula 500’s. Ted Street was a popular third overall while Cody Turacchio and Glenn Carstairs rounded out the top five in the series.

With five heat wins, five feature race wins and one other podium finish, Steven Ellement was presented with the Chief Stewards Award, while Ryan Higgs was next up on stage as he received a trophy for representing WA at the Australian Title.

The final group of awards kicked off with the West Coast Bullet Award, presented to Glenn Carstairs while Chris Dymock won the Pole Shuffle Award.

The Encouragement Award then was presented to Troy Samwell while Jeff Ross claimed the award that no one wants to win, the Crash of the Year.

Nash Waldron entered the Senior ranks later in the season, showing that he will definitely be a huge talent moving forward and this was recognised when he was presented with the Rising Star Award while Tyler Carter just edged him out to win the Rookie of the Year Award.

Steven Ellement win the Outstanding Achievement Award while the final award of the night, the Fairest and Best came down to just two votes, with Glenn Carstairs claiming the trophy.

This would officially bring the season to a close, and with the AGM to be held on the 9th of September, we aren’t far away from getting underway for season 2020/21! 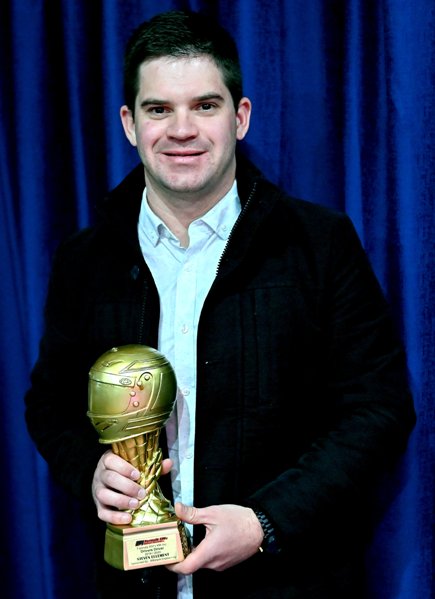 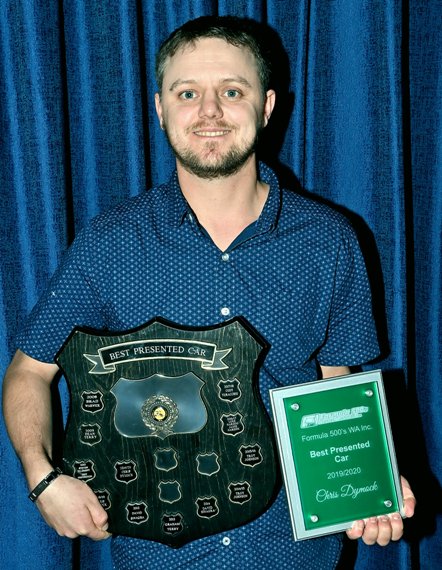 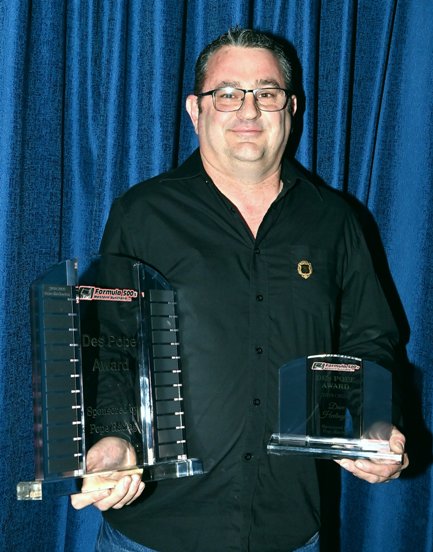